Psychologist Timothy D. Wilson, a professor at the University of Virginia, expressed resentment in his Times Op-Ed article on Thursday over the fact that most scientists don't consider his field a real science. He casts scientists as condescending bullies:

"Once, during a meeting at my university, a biologist mentioned that he was the only faculty member present from a science department. When I corrected him, noting that I was from the Department of Psychology, he waved his hand dismissively, as if I were a Little Leaguer telling a member of the New York Yankees that I too played baseball.

"There has long been snobbery in the sciences, with the 'hard' ones (physics, chemistry, biology) considering themselves to be more legitimate than the 'soft' ones (psychology, sociology)."

Why can we definitively say that? Because psychology often does not meet the five basic requirements for a field to be considered scientifically rigorous: clearly defined terminology, quantifiability, highly controlled experimental conditions, reproducibility and, finally, predictability and testability.

Happiness research is a great example of why psychology isn't science. How exactly should "happiness" be defined? The meaning of that word differs from person to person and especially between cultures. What makes Americans happy doesn't necessarily make Chinese people happy. How does one measure happiness? Psychologists can't use a ruler or a microscope, so they invent an arbitrary scale. Today, personally, I'm feeling about a 3.7 out of 5. How about you?

The failure to meet the first two requirements of scientific rigor (clear terminology and quantifiability) makes it almost impossible for happiness research to meet the other three. How can an experiment be consistently reproducible or provide any useful predictions if the basic terms are vague and unquantifiable? And when exactly has there ever been a reliable prediction made about human behavior? Making useful predictions is a vital part of the scientific process, but psychology has a dismal record in this regard. Just ask a foreign policy or intelligence analyst.

To be fair, not all psychology research is equally wishy-washy. Some research is far more scientifically rigorous. And the field often yields interesting and important insights.

But to claim it is "science" is inaccurate. Actually, it's worse than that. It's an attempt to redefine science. Science, redefined, is no longer the empirical analysis of the natural world; instead, it is any topic that sprinkles a few numbers around. This is dangerous because, under such a loose definition, anything can qualify as science. And when anything qualifies as science, science can no longer claim to have a unique grasp on secular truth. 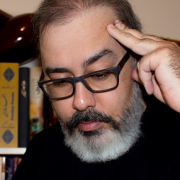 I'm looking to file a lawsuit against Google